Cycling in the Spanish Pyrenees and French Pyrenees is about as good as it gets! When Sierra Sports & Tours opened its doors for business in 2010 the French Pyrenees is where it all began. Guiding cycling groups up and over the epic Tour de France cols was the perfect way to get started. With our European base in Spain we also very quickly learnt that the southern side of the Pyrenees was equally captivating. This is when we started to combine our knowledge of both the Spanish and French Pyrenees to create one of our special Explorer Cycling Tour itineraries. What you are about to read below are two accounts from clients that have zig-zagged their way across both sides of the Pyrenees on our Barcelona to San Sebastian cycling tour! 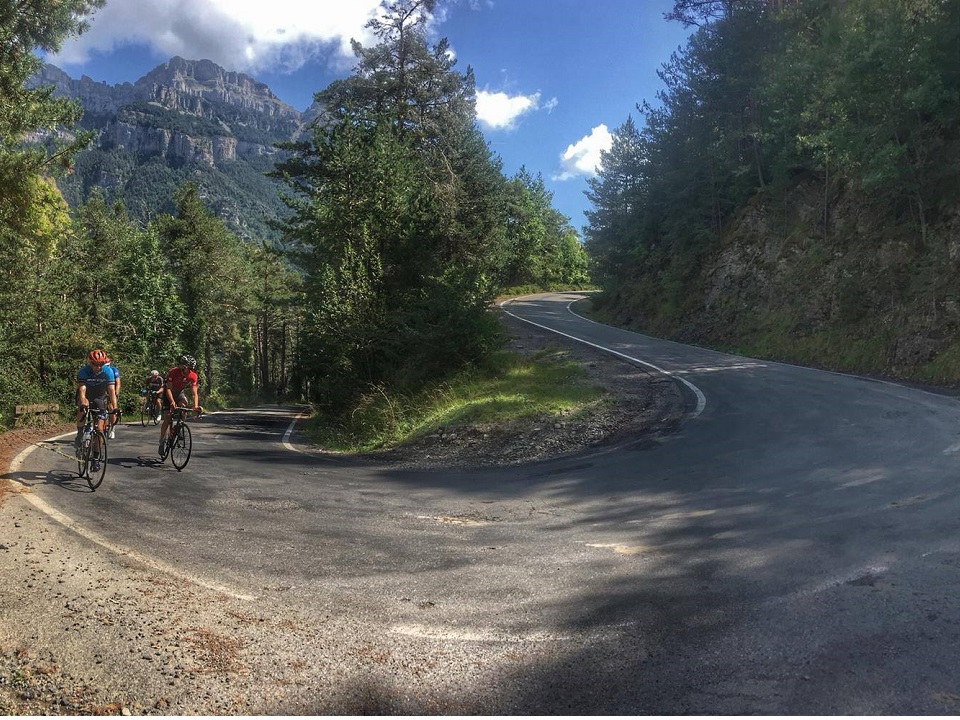 A few years ago I decided to tackle the 3 Peaks ride in the Victorian Alps and in preparation I got some online coaching help from one of David Heatley’s excellent Cycling-Inform training programs. Early this year I was looking at doing some European cycling and through Cycling-Inform  I became aware of the various cycling tours offered by Sierra Sports & Tours and decided upon the Pyrenees Coast to Coast cycling experience. The tour fitted in perfectly with what I was looking for in terms of  cultural mix,  a blend of iconic Tour de France climbs and the dates that I was available .

Not having been on an organised cycling tour before I was impressed with the way our very sociable and well organised Spanish hosts Jorge and Jaume took us on an amazing  journey of fantastic rides across the Spanish & French Pyrenees with a backdrop of absolutely spectacular scenery mixed with good quality food/accommodation and the comradery of my fellow cyclists. I would have to say this was the most memorable cycling experience I’ve ever had and I definitely will be coming back next year. (Pyrenees Coast 2 Coast Tour – September 2019) 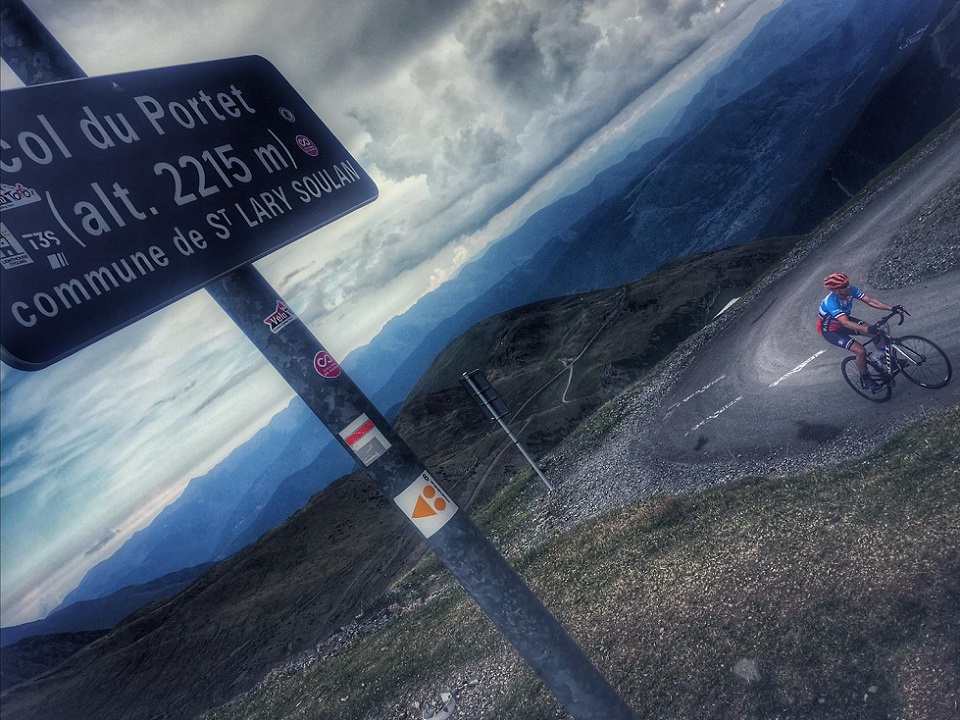 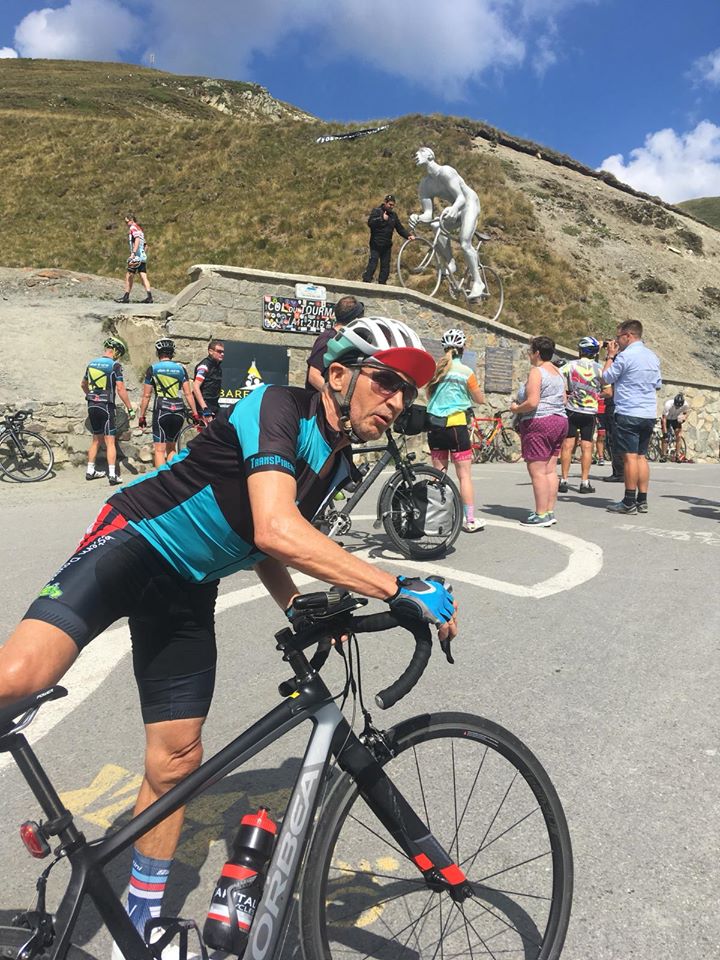 In 2015 some cycling friends and I were idly chatting about doing a European cycling tour in the near future however I was not that keen as despite putting in heaps of miles my riding was not improving and my hill climbing in particular was terrible, as such I subsequently signed up to a cycling training programme which had been recommended to me called “Cycling Inform” (CI) and during one of the monthly members podcasts the head coach of CI introduced Paul from Sierra Tours and then the coach waxed lyrical about the tour he and his wife had just completed in Spain with Sierra tours and Paul.

Long story short, at the end of 2018 I decided that by following the CI programs my riding had improved enough to tackle a European tour so I contacted Paul from Sierra Tours and to test myself on the hills we booked for the Pyrenees tour, my wife who is a non-cyclist also came along, prior to the tour my wife was asked by Sierra to advise what type of activities she would prefer to enjoy whilst we climbed the hills.

I can honestly say that this was one of the best holidays we have had, and one of the funniest, the climbing was very scenic but tough, however its manageable if you’d done a reasonable amount of hill training prior, the locations we stayed at were very scenic and very comfortable and we enjoyed a lot of the local cuisine. The tour was also very well organised with both guides being very knowledgeable about the areas we passed through, those same guides also looked after our needs, food, water, encouragement, very well whilst we were on the bike. My wife and the other non-cyclist wife were also treated extremely well and had a range of mutually agreed pre-arranged activities to fill in their day’s while we climbed hills.

While the tour ticked all the expected boxes for my wife and I, scenery, tough hills, good accommodation, food etc what we didn’t expect was how funny our guides would be, whilst professional in every way, morning briefings, safety on roads etc the guys sense of humour really set the tone for this trip and made it very enjoyable for all, so much so that my wife has already set her sights on another Sierra tour in 2021. (Pyrenees Coast 2 Coast Tour – September 2019)

Cycling in the French Pyrenees – Web Guide on Famous Cols, Where to Start & Where to Stay in the Pyrenees

Every year Sierra runs around 15 unique European bike tours through France, Italy, Spain, Portugal, Belgium, Slovenia and Switzerland. Tours span from March to October giving our guests many opportunities to choose their dream cycling getaway. There are tours that suit all levels of cycling ability but three of our challenge tours visit the Italian Dolomites, Spanish & French Pyrenees and French Alpes. During this webinar we focus specifically on the ins and outs of these three epic cycling experiences and what is required to get you in good shape to enjoy a your cycling experience to the maximum!

Click here to download the Webinar presentation in pdf format (Cycling Inform Webinar – Dec 2019 – Blog) and look over some of the tour maps, ride profiles and photos from the above European cycling adventures. If your preference is to ride away from the professionals then the following a Sierra Explorer Cycling Tour will be your best bet. Rewarding rides (code for good challenges), mythical climbs, amazing landscapes and more time to indulge in the local culture!