During 2014 the Sierra peloton received a special treat cycling an organised 150km stage with Miguel Indurain from Urzainki to Formigal through the Spanish Pyrenees. The ride took us from the heart of the Irati Forest all the way through to the finish at Formigal, one of Spain’s most recognised ski stations in the Pyrenees, and only 5km from the Spanish/French border.

‘Big Mig’ as he is affectionately known in English (‘Migalon’ en Spanish) stepped onto his first Tour de France podium in Paris on 28 July 1991. During the 1991 Tour de France, Miguel gained more than 7 minutes over Greg LeMond during the ‘Tourmalet’ Stage 12 to set him up for his first yellow jersey. The rest as it goes was history and he held it all the way to the Champs Elysees and which started a 5 year winning streak through to 1995. 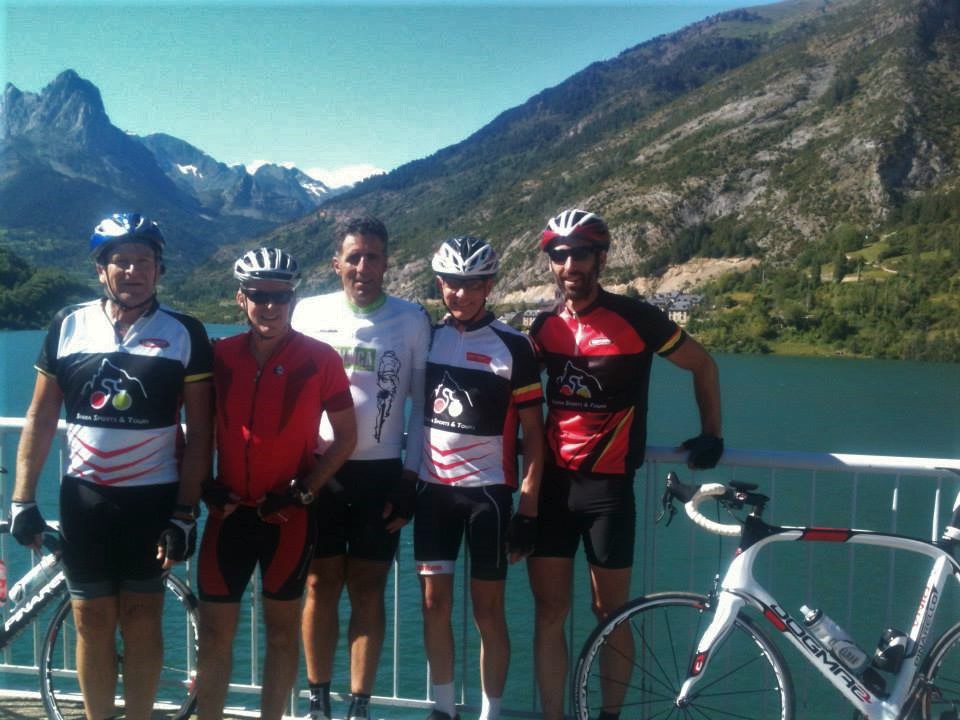 As our day surrounded by cycling royalty was heading to a close we arrived to the valley approaching Formigal. The final 16km climb at 4% average grade, while long, is not overly taxing unless of course you are riding with a past TDF champion! To add some interest we left the main road mid-climb to cycle the secondary road which follows the reservoir through to Sallent del Gallego. Spectacular scenery with multiple 3000m+ peaks surrounding us! After leaving the town centre one is met with a sudden transition of 4 kilometres around 8%. The final ramp on the backroad to the Formigal ski resort was 25% and required one last effort to our hotel for the night.

On arrival to Formigal Miguel Indurain spoke to the local newspaper that had gathered to ask him about his famous day on the Tourmalet in 1991. Translated into English it went something like this:

“My idea was not to attack in the mountains. When I launched my downhill attack on the Tourmalet I simply wanted to see what happened. At the outset I was not prepared. My intention had been to try and maintain my presence during the mountain stages and to arrive to the last time trial with an opportunity”. 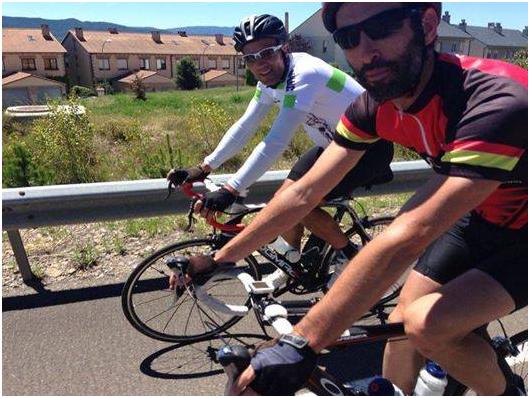 Here is some further background on the defining stage that first brought Big Mig into Le Tour spotlight. On the bikes the professional peloton needed to clear five categorised climbs making it the epic 1991 Tour de France Queen Stage. The pro-cyclists rode 232km from Jaca (Spain) to Val Louron (France) through territory which makes cycling in the Pyrenees a real pleasure. The classic climbs included Portalet, Col d’Aubisque, Col du Tourmalet, Col d’Aspin and Val Louron. In case you don’t know already, the mountain road linking the Aubisque and Soulor climbs is one of the most scenic routes world-wide and to put it bluntly is a ‘must do’ for any cycling enthusiast! 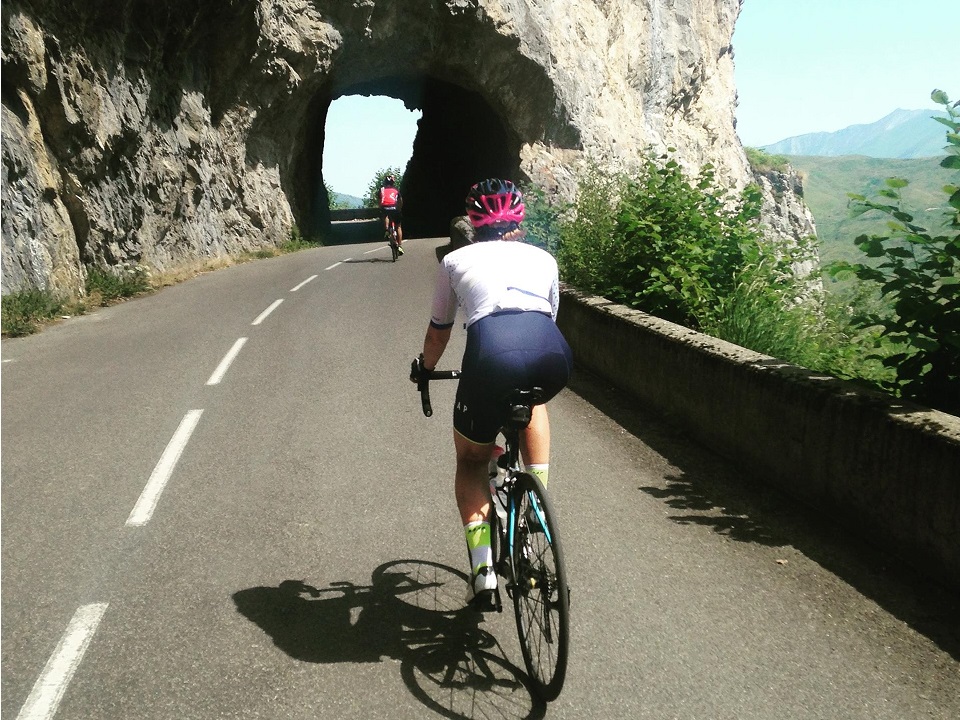 As a quick side note, the following day our cycling tour group replicated a good chunk of the Stage 12 route which included a 100km cycling challenge over the final 5km of Portalet from Formigal into France, the Category 1 climb of Aubisque, the easy side of Col du Soulor and the hors categorie ascent of the Tourmalet. With approximately 3000m elevation gain it was a big ride but after hearing the stories and exploits of Migalon over dinner the previous night it certainly helped push us all on to a day of great feats!

With the Tourmalet playing centre-stage Miguel Indurain made his attack on the descent and took on the 1991 Tour de France and made the race his own. Col du Tourmalet is as big as they come when it comes to professional cycling history. During 1991 the Tour de France took on the 19km climb from Luz Saint-Sauveur (7.4% average gradient).

The Tourmalet can you believe has around 85 Tour de France race route passings. This magic col has inspired us so much that we have even designed an exclusive Tourmalet cycling jersey as seen in the below selfie.

From Luz Saint-Sauveur there is nothing overly glamorous during the initial 7km up to the ski village Bareges. A constant test and some long straight sections to contend with as you follow your way alongside the Le Bastan river. Not long after leaving Bareges you arrive at a large car park which flattens considerably and gives the legs a nice reprieve. It is always a good place to regroup or even have a support car positioned. From here the main road begins to transform into a real mountain col as its sinuous path up to the summit now begins. It is also from this point in Le Tour that the caravans start lining the side of the road as the magnificent switchbacks immediately begin after exiting the carpark.

If you are looking for a car-free section though and something special then after Bareges and just before the car park veer off to the right on the still asphalted road which is also known as the Laurent Fignon way (‘Voie Laurent Fignon’). The original D918 road is open for cyclists only and its narrow winding asphalted road still exhibit some faded TDF race markings and the views down to the valley below are simply unrivalled!

[Just in case you didn’t know, Laurent Fignon was a professional French cyclist who won the Tour de France in 1983 and 1984. He was also the leader of the 1984 Giro d’Italia heading into the Stage 21 ITT in Verona. To follow a short story about Francisco Moser & Laurent Fignon and potential sabotage at the 1984 Giro please click here].

Coming back to Voie Laurent Fignon on the Tourmalet and it is only a short 2.4km stretch of road, which gains 200m of elevation and later joins back with the modern road. It is well worth the detour though especially considering it was first used all the way back for the inaugural TDF raid into the Pyrenees.

Now that we have rejoined the main drag it is the final two kilometres which are definitely the hardest on this western Tourmalet ascent. So keep that in mind as you start nearing the 2000m altitude mark. If you have kept something in reserve it is usually here, during the final kilometre, where you catch many recreational cyclists who are often now pedalling squares. The final big left, hard switchback is gruelling but an awesome piece of construction and the final 200m feel like an eternity. For most the highlight is greeting the giant structure (`Geant`) at the rock-cut summit which peaks at 2115m elevation.

The giant is dedicated to Octave Lapize the first cyclist to cross the Tourmalet during the TDF over a century ago (1910 to be exact)! Just a miserly 326km stage which took about 14 hours for Octave to complete and win back in the day. A highlight for everyone that reaches this magical destination is to mark the moment with a series of photos around the massive statue.

If time permits and you like cycling history also check out the bar at the top directly in front of Le Geant. Some old school TDF bikes are hanging from the walls and excellent black and white photos recalling just how difficult the race was during its early editions in the Pyrenees.

In a perfect world the statue would remain at the summit all year round but the conditions even during summer can be very harsh. So to keep it exposed to the winter elements would be a major mistake and as such between October and June every year it rests down in the Laurent Fignon centre near Bagneres-Bigorre.

To mark the opening of the cycling season the first weekend of June sees the return of Le Geant to its rightful place atop the Col du Tourmalet summit. Keep your eye out for the Montee du Geant free event where often one thousand recreational cyclists follow behind the giant statue as it travels the 30km from Gedre up to the summit. A true celebration of cycling perfect for cyclists of all abilities.

After the compulsory photos at the summit you can cruise back down the western face of the Tourmalet and spend some time around Luz Saint Sauveur. From this side you have the Gavarnie National Park with the Col des Tentes and Col du Troumouse climbs which are two non-TDF gems. Nearby there are also many other classic cycling cols rising up from Argeles-Gazost and which are covered in detail in our Cycling the French Pyrenees blog post (to be released January 2021).

Otherwise, from the Tourmalet summit continue your ride east down to Sainte-Marie de Campan and the direction where Miguel Indurain made his historic downhill attack during the 1991 Tour de France. Take some speed off this eastern descent as there are not as many switchbacks and a couple of avalanche structures to pass through. The longer stretches can see you build up considerable speed and there are a few surprising corners to still carefully navigate. Once at the bottom in ‘Sainte-Marie’ the options again are endless with Col d’Aspin and Hourquette d’Ancizan immediately up for grabs. You are now also on the doorstep of Saint-Lary Soulan which in our opinion is one of the best bases for outdoor activities in the Pyrenees.

To find out more about the Pyrenees and many of these above cols and cycling destinations stay tuned for our complete web-guide to Cycling in the French Pyrenees. There is even some more Miguel Indurain information as we feature the underrated Pont de Larrau climb in the French Pyrenees where Big Mig saw his 1996 Tour de France dreams disappear. Pont de Larrau was part of a tough stage through the Pyrenees and was planned to be a commemoration to Big Mig in many ways as the race also passed through his very own Spanish hometown on its way to the finish in Pamplona.

In addition, if you would like to ride the Spanish & French Pyrenees in the future please check out our detailed Pyrenees Coast 2 Coast cycling tour itinerary. We have designed a challenging but fun itinerary which zig-zags both sides of the Pyrenees showcasing the highlights and cultural differences between these two iconic cycling nations!