Here you can find a selection of Tour de France news, stories and tidbits.

This TDF blog begins with a short story from our 2019 Tour de France cycling tour. We were enjoying a big day on Col de l’Iseran before the heavens opened up and caused mudslides on the road to Tignes. Further on we provide some insight into the 2020 Tour de France and preview what we believed were some of the critical stages. Finally, we also dedicate some time to assessing the TDF race rumours. Every year there are many people who work on trying to reveal the Tour de France race itinerary before the official A.S.O. presentation. Read on and you too will know where you can follow all Le Tour race rumours ahead of time!

If you would like to find out more about our annual Tour de France cycling tours then you can follow this link!

The 2019 Tour de France was an intriguing battle all the way to the Champs-Elysees in Paris. From sweltering temperatures, massive storms in the final stages and a tough final week in the French Alpes the 2019 TDF edition truly was a race of attrition! Our Tour de France cycling tour group though picked things up in Nice and the first ride crossing Gorges du Verdons and cycling into Provence was a real highlight! There is a lot to like about Provence and cycling through small villages like St Saturnin, Gordes and Roussillon provide excellent contrasts to Le Geant de Provence which is always lurking nearby.

Yes, Mt Ventoux was the first serious test and to conquer this Hors Categorie climb is simply put an achievement and a half!  But to find out where it all happened around the Tour de France race read below: 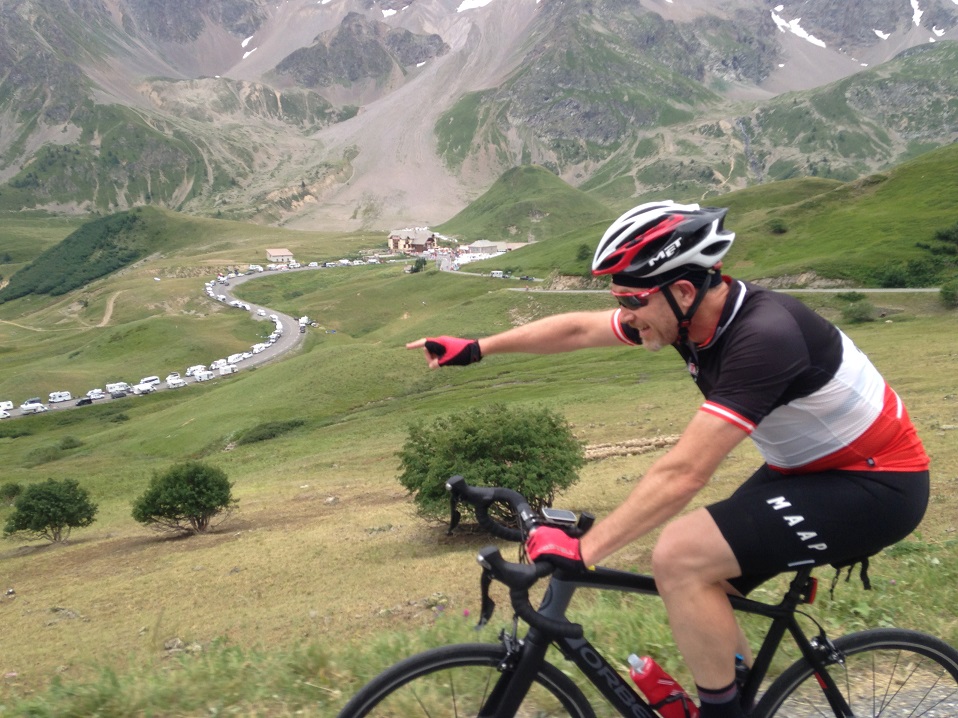 Is anyone else expecting the 2020 edition of the TDF to be one of the most unpredictable in modern history? All we hope though is that it’s not for all the wrong reasons. No-one wants to see riders or teams being sent home for positive cases or at worst case the race being pulled before it even arrives to Paris. Shorter stage races like the Dauphine made it through unscathed so we must stay positive!

It will definitely be a different scene though this weekend with past winners such as Chris Froome and Geraint Thomas both absent from the start line. All riders have also had far from ‘normal’ preparations and with so many tough mountain stages, including unusual summit finishes in the first week of competition plus new summit finishes, we think there will be plenty of surprises along the parcours. Not to mention our initial Pre-Covid thoughts that the overall course with limited time trial stages was already looking for a Thibaut Pinot pódium for France.

So what should we all be looking out for? The Nice race start with several quality local climbs and a mountain stage finish on Stage 4 should have all the main GC riders already lined up in the top 10. Scrutiny on the best riders and the tensión that it brings will be on them right from the word go. Shortly thereafter there is Stage 6 with 30+ kilometres of uphill finish to Mont Aigoual to sign-off what should be a pretty dynamic week one of Le Tour.

Probably the stage that we are most interested in watching play out is Stage 13 up to the extinct Puy Mary volcano. The stage includes 4400m of elevation gain over 7 climbs ranging between 3km and 10km in length. Traditionally this type of elevation gain would be found linking longer traditional climbs such as Col d’Izoard and Col du Galibier for example. Anyone else think that Julian Alaphillipe has been written into the script again after his 2019 heroics? We expect to see some awesome racing and team tactics on display during Stage 13 that will shuffle the GC standings and keep things ‘alive’ for the final week.

Stage 15 which comes on the eve of the second rest day should also be pivotal in the quest for the maillot jeune. There are multiple climbs on the road that leads to the Grand Colombiere stage finish. It’s 17.5km at 7% average grade statistics puts it right in the same category as other famous climbs like Tourmalet so expect fireworks but without the Bastille day celebrations on this occasion. Seeing new roads introduced is always exciting and the Stage 17 summit finish has even had a new road built for cyclists only up to Col de la Loze. In the final 4km of this 22.5km climb there are ramps up to 20%. The winner of Stage 17 will also take home the Souvenir Henri Desgrange for the highest elevation reached during the 2020 edition peaking out at 2304m. I cannot wait for this one! But even more importantly I am dreaming of being able to guide Sierra clients on this cycling friendly road in the near future.

When it comes to time trial racing everything has been left until Stage 20. The penultimate race stage includes a finish on La Planche des Belles Filles so the final climb actually removes the chances for the pure individual time trial specialists. Did you know that Pinot lives only 20km from La Planche so he will have ridden this 6km climb (8.5% grade) more than anyone else. Will it serve as extra motivation or added pressure? Without the big crowds allowed this year it may just be the perfect scenario for the Frenchmen to go in relaxed this time round!

What else do we think could be different in 2020? Well the race is starting almost 2 months later than normal which could have weather implications. The French mountains during September can be covered in mist and heavy cloud cover near the summits and the likelihood for rain is greater than July. With such a mountainous parcours hopefully the riders stay upright as the descending skills could become even more important than previous race editions.

We usually like to go out and give some Top 3 predictions but in this upside down Covid world we simply hope that the riders have the chance to dispute the final sprint on the Champs Elysees. How’s that! We were able to slip the word sprint in there at last. There will probably only be four real sprint chances this year so most teams will be bringing extra climbing resources to support their GC contenders.  Hopefully a successful TDF should also mean that the rest of the condensed 2020 racing season can be contested. Fingers crossed!

The Tour de France is arguably, year after year, the world’s biggest sporting event! With that attention brings constant speculation as to where the following year’s route will travel, which climbs will be featured, any new climbs to be revealed, innovations to the race structure, any gravel road finishes like recent editions of the Giro d’Italia or any narrow ‘goat-like tracks’ to lofty summits as rolled out at La Vuelta a España??

When it comes to waiting for the next edition of the Tour de France most cycling enthusiasts resort to keeping an eye on the A.S.O. website (Le Tour race organizers) for the date of the following race route presentation. The 2019 TDF race edition for example was presented just a couple of weeks ago on 25 October 2018 in Paris. This approach seems the most sensible as trying to hunt-down start and finish towns over 21 cycling race stages is a somewhat ‘Mission Impossible’ task.

But surprisingly enough there are cycling fans out there whose curiousity gets the better of them. As soon as the bikes zoom around the Champs d’Elysees for the final Stage 21 sprint finish their attention must quickly turn to the next Tour de France race edition! It was not until we begun our cycling tour business Sierra Sports & Tours that we uncovered an incredible website dedicated to TDF race route rumours which tracks down information piece by piece. The www.velowire.com website in a way takes the small pieces of information it collects to try and create the full Tour de France jigsaw puzzle well before the official presentation in Paris. The website creator is not affiliated with the A.S.O. race organisation, is not a professional or ex professional cyclist nor works for any of the pro cycling teams but just another cycling fan like you or me.

So did velowire.com hit the mark with the 2019 Tour de France race route?

It wasn’t until 24 September 2018 that velowire.com began to publish its possible 2019 Tour de France race route which was one month before the official race presentation. At this time A.S.O. had already released the first two stages in Belgium. During October 2018 velowire.com made additional modifications as they uncovered more information. At the end of the process it is quite remarkable that 24 hours before the official release velowire.com had 41 of the 42 start and finish locations correctly reported. Only the Stage 15 start in Limoux was erroneous (they reported nearby Foix) which I think we can forgive them for!

To take the analysis back to the first 2019 TDF rumour release on 24 September 2018 and they had 10 stage start and finishes correct out of 19 possible stages (2 stages were already confirmed for the Belgium start). Another 6 stages had either the start or finish town correct which again provides very useful information for a tour operator like Sierra Sports & Tours looking at planning Tour de France cycling tour itineraries!

We would love to know the number of hours spent by velowire.com as they sit and research the highly anticipated Tour de France route every year. They take what seems to be an almost ‘forensic science’ approach to revealing the TDF route for everyone. To take things full circle and you can even watch a livestream of the official TDF presentation in Paris straight from their very own webpage. If only we could find a similar webpage dedicated to Giro d’Italia and La Vuelta a España rumours and race leaks. Chapeau!!